A week ago yesterday, as you know, Marvel joined Clan Cummings and became the latest in the line of golden retriever puppies to grace our lives. You might remember Maverick, who was with us from 2001 to 2013. Moxie, who joined us in 2009 and is still going strong. Ludo, who crashed into our worlds in 2015, and now Marvel. It’s been an interesting week!

First, Marvel sleeps through the night. That’s just awesome. Second, he gets along really well with others, and Moxie took to him immediately. They romp and play (and Moxie trampled the poor little fella once already, quite by accident). Ludo was anti-Marvel from the beginning, and snapped at him more than once. I think, however, that once he realized the little addition wasn’t going away anytime soon, Ludo committed to tolerance, if not love. The last couple of days they’ve been seen playing like pals a few times. That’s progress!

So, he eats well, he listens well, he sleeps well, and he gets along just fine. Nothing negative to report there a’tall.

But he has stolen my mornings for a week, as I intimated he might in my last post. Moxie and Ludo sleep in with mama, but little Marvel is raring to go in the morning so I have to keep an eye on him. Generally I can do that while reading a book, so I’ve been able to finish The Global Minotaur in record time (AMAZING book!) and I’ve started on Max Boot’s tome, The Corrosion of Conservatism. Funny story there, I was perusing Amazon and looked at that one to put in my wish list and when I woke up the next morning it had downloaded. I think they put that “buy with 1-click” button close to the “add to wishlist” button on purpose. 😉

Oh well, a good book about a conservative ‘Pub getting disgusted with the hate and rhetoric of his own party and leaving to become an independent sounds like a pretty good read right now (been there, done that). I wish more hatemongering, blind-following Republicans would take a page from Max’s book and wake up. What them folks are doing to Ilhan Omar this past week or so is criminal. But sheep follow the flock, eh? I wish her well and hope she knocks them all off their perch with her smart retort, progressive agenda, and truly American persona. She is us, the very thing that can and has made this country great. Trump? He’s the very worst of us all.

But enough about that, I have one more thing to add: 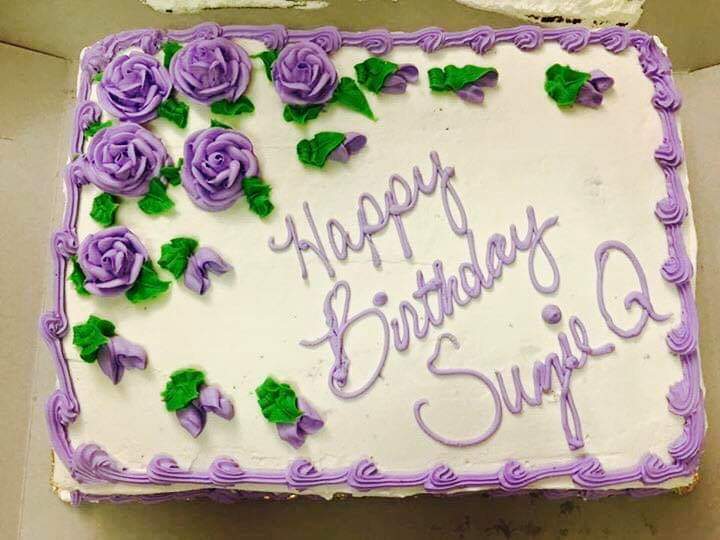 Obviously, with the new puppy ruling our days and nights, and with both of us still having to work and whatnot, we haven’t had much time to celebrate stuff. But we’ll make amends. I sent her a bunch of flowers and a bear and some chocolates that should surprise her today (so don’t tell her). And, you know, I DID buy her a new puppy. ❤️

Okay, I’ll leave you with a few more pictures of Marvel from the last week and let you get on with your day. I’ll return as soon as possible with updates on beautiful puppies, wonderful wives, and stupid presidents. Have a great day/week/month in the meantime! 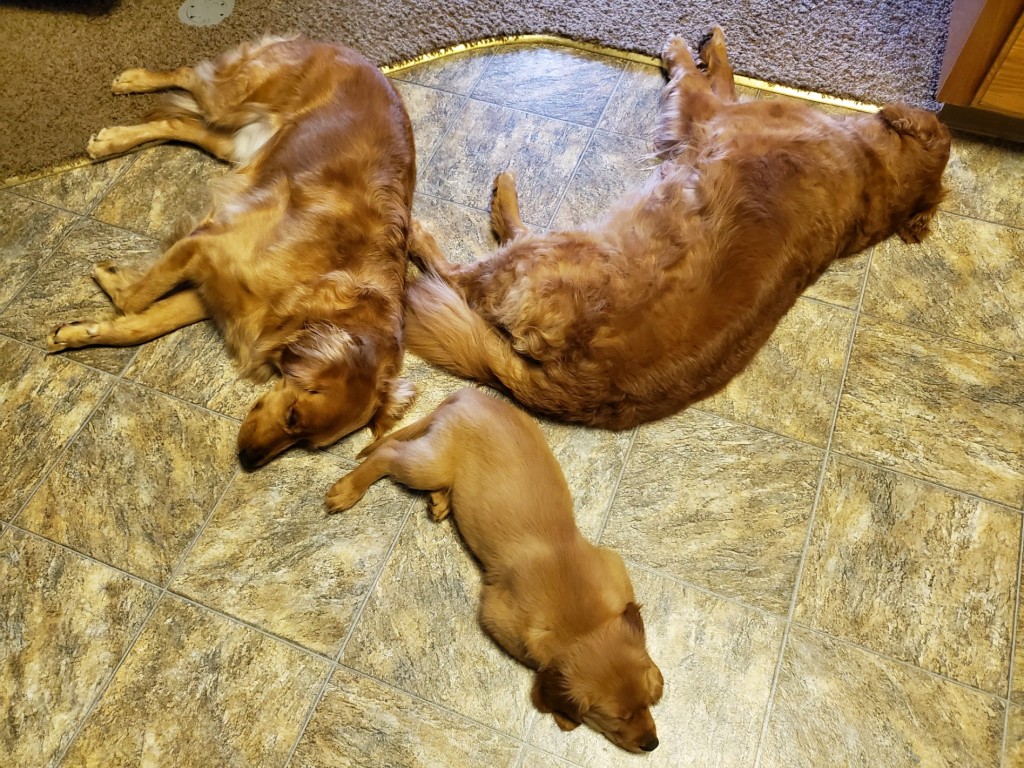 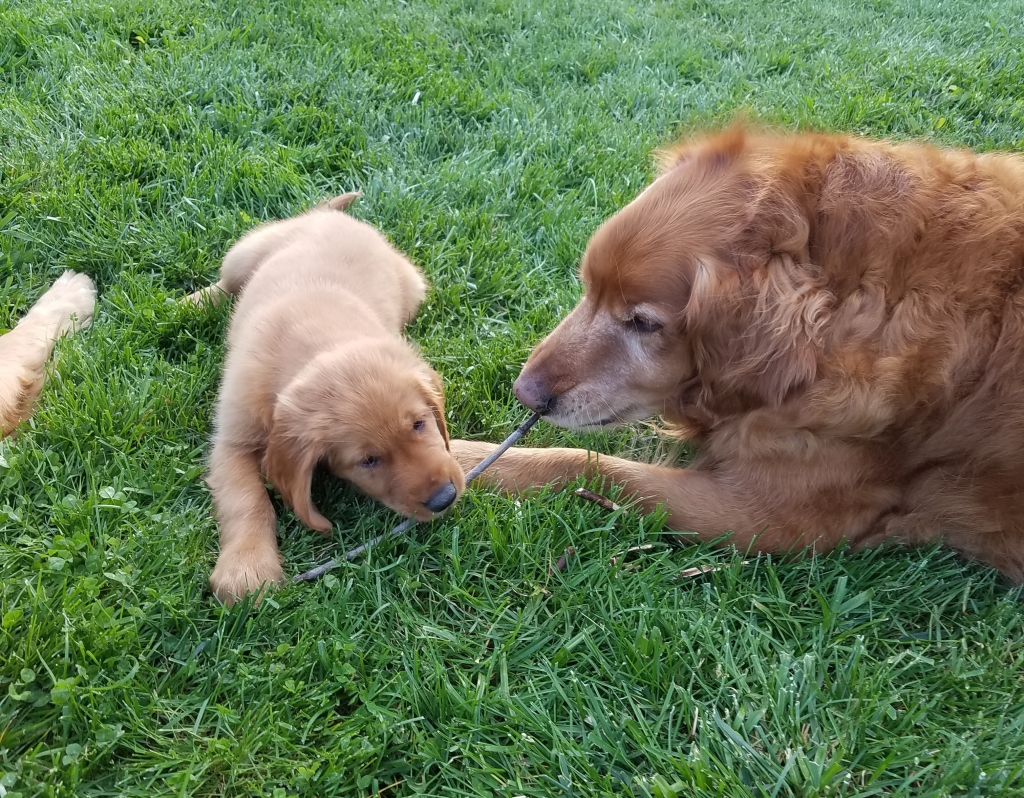 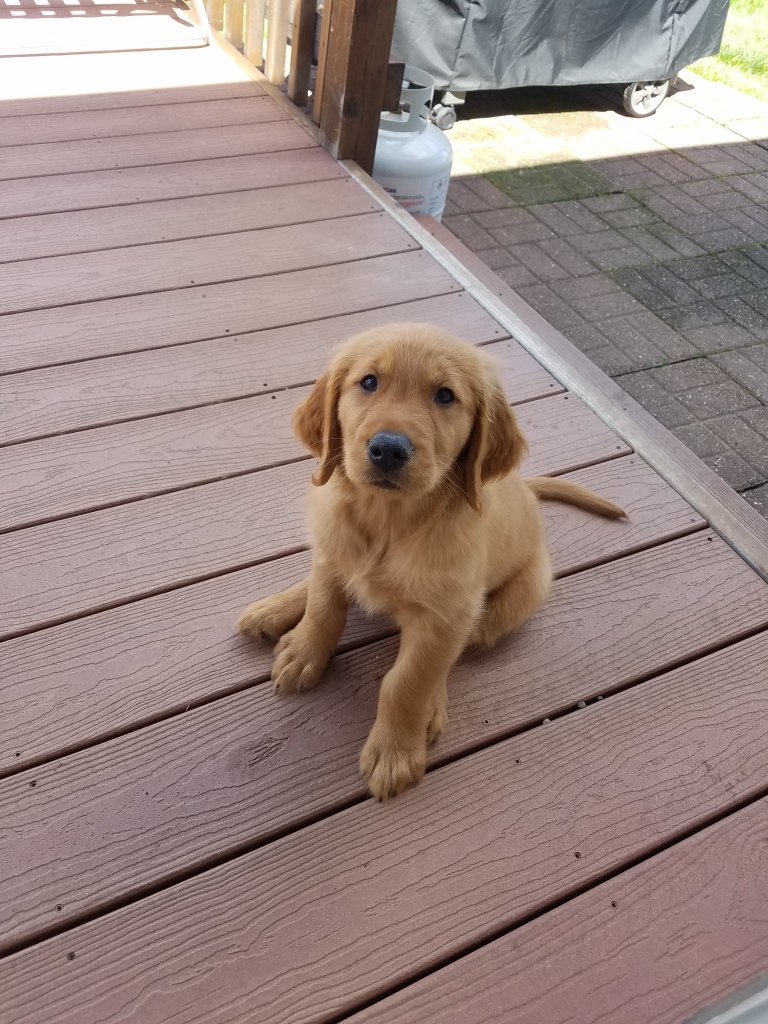 36 thoughts on “A Marvel-Ous Week”

Leave a Reply to Tom Being Tom Cancel reply