It occurred to me recently that nobody knows what Tom is about anymore. In my old blog, which crashed, I had a snazzy About page with heartwarming pictures of wedding scenes and dogs and flying spaghetti monsters but, like I said, it’s gone. Eaten by the Internet, never to be seen again. I’ll summarize it, and me, as best I can. Stand by.

The most important thing in my life is Mrs C. She and I have been together for ages, and have been married since July 19th, 1997. On or about July 19th, 2017, we went back to the place we were originally married (Vegas, baby!) with some 30 friends and family and we renewed our vows. We’re best friends and she loves superheroes, the Rams, gaming nights, The West Wing, and flying spaghetti monsters, just like me. To say we’re a perfect pairing just doesn’t underscore it enough. Love prevails.

As I mentioned above I love superheroes. The world has had a renewed fascination with the four-color marvels since the movies became so big and flashy and funny and cool. But I was an Avengers fan before it was cool. Roundabouts 1973 I stole a stack of comics from my brother’s desk drawer and read about Iron Man and Thor and Captain America and Hulk and my young life became about them. I liked their stories so much I made up my own. I then invited friends to pretend they were heroes themselves and I ran the stories around them. I became the storyteller at age 7 or 8 and I’m still the storyteller today. Ask Mrs C. Her favorite thing, to this day, is story night. Game night. Adventure time. You pick. I create, she enjoys. Toldja.

I’m not a believer in gods or fates or aliens or ghosts or whatnot. I mean, I think anything is possible – and I don’t blame you one bit for your beliefs – but having been such an imaginative person my whole life I get to understanding how the imagination can make us see things or believe things that just aren’t real. Gods and creators are our collective cultural imaginations and have been since our kind could think. I love the stories about them all, from the first myth of Gilgamesh to the current myths that abound. I don’t think we could have come this far without them, to be frank. Kudos to gods and cheers to them, too.

One thing I do believe in is the progressive nature of mankind. The long arc of history, I always say, shows our evolution towards ever greater egalitarian principles. But it’s easier to see that in the long run than in the short. In the short run there are always vile participants in humanity’s plight seeking personal gain and iniquity at the expense of the greater throng. The current President of the United States is just such a cad and unworthy of our support. But his term will be short-lived and we will remember him as a barrier to progress that we overcame.

Finally I’m a huge Los Angeles Rams fan, so you’ll see me talk about them sometimes. I became a fan when I was about 10 years old and the other neighborhood kids told me I had to pick a team and the team they hated most was the Los Angeles Rams so I picked them. I also thought their helmets made them look like Goliath of the Avengers, my favorite superhero at the time. Go Rams, eh? 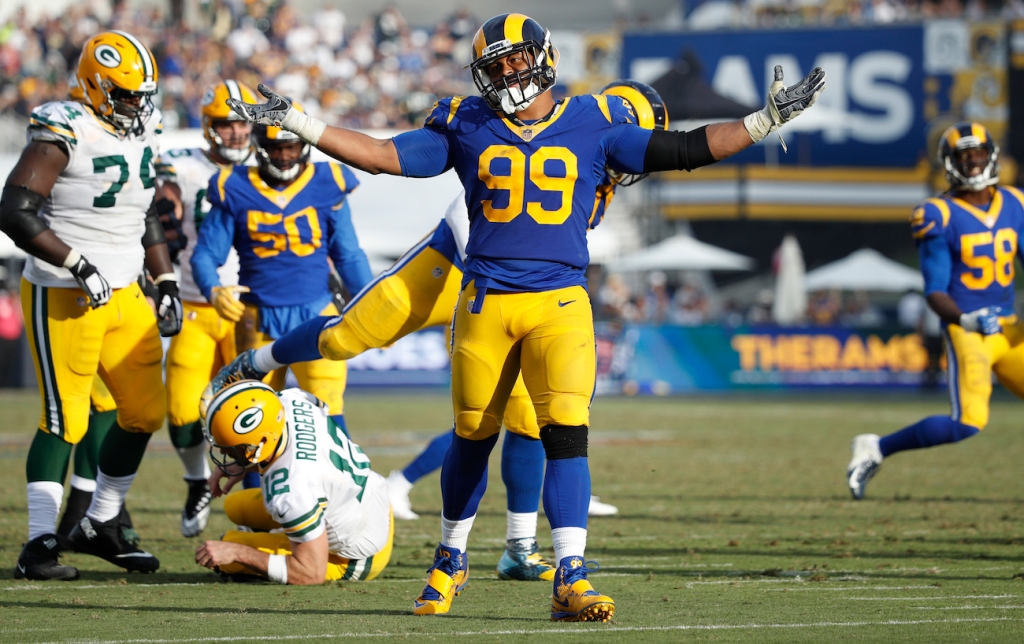 Oh, one more thing before I go. I love dogs. I have three golden retrievers and I’ll talk about them quite a bit, too. The oldest, almost 11, is Moxie. The middle child, just past 4, is Ludo. And the baby, 6 months and almost 85 pounds, is Marvel. Our kids.

So that’s Tom. Feel free to make fun of him or discuss our similarities or differences. I’ve got thick skin and a warm heart, and all those seeking discourse, praise, or enlightenment are welcome. We’re all in this together.

I believe that most of all.